This will be a quick and dirty overview of using Fast lookups, loops, assignments, and Fast Create elements to iterate through a collection of records and create N number of child records.

Its awesome. Caveat - I brute forced my way through this due to a recent need and cannot say whether or not any of this is “correct”, but it works. There are likely governor limits and what-not that may pop up in production scenarios, and I will try to hit on those where I can.

So the sample use case I will model is as follows - take all of the contacts in an account and add them to a campaign. This requires the following steps

Here is an overview screenshot of the flow. The initial “testing - assignment” element just lets me hard-code an account ID for testing purposes. 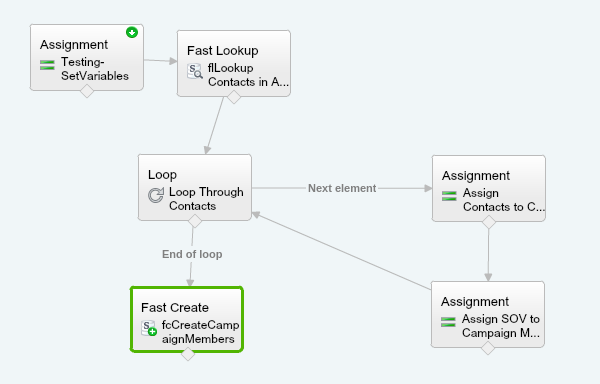 The fast lookup is filtered for contacts where Account Id = vaAccountId (a variable I defined) and adds the contacts to an Sobject Collection Variable ( ie contact jellybean jar). Make sure to save the contact ID in the variable, as you need that to create the campaign member record later. 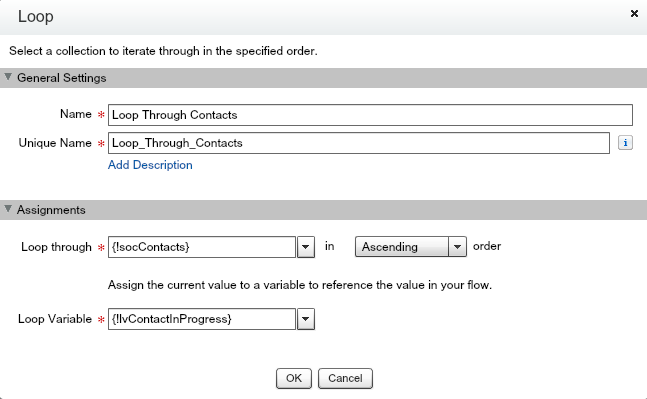 For the first assignment element, I created a new sobject variable, of a campaign member type. Then I assign values to this campaign member variable’s fields (Contact ID, Member Status, and Campaign ID). Contact ID is mapped from ID field of the loop variable, while status and campaign ID are hard-coded for this example. 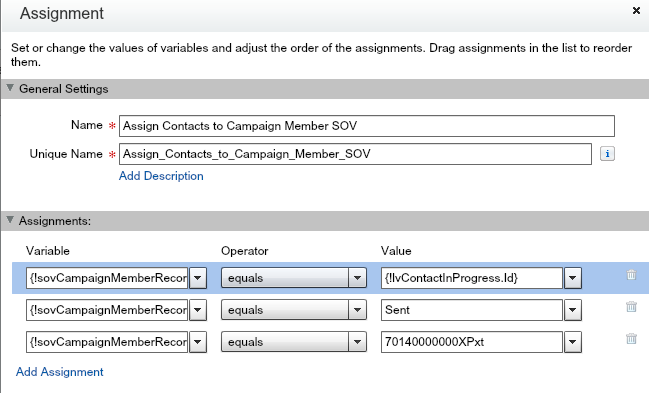 Then in the second assignment, I add the campaign member sobject variable from the first assignment to a Sobject collection of campaign members. This is what I then feed into the fast create, and voila 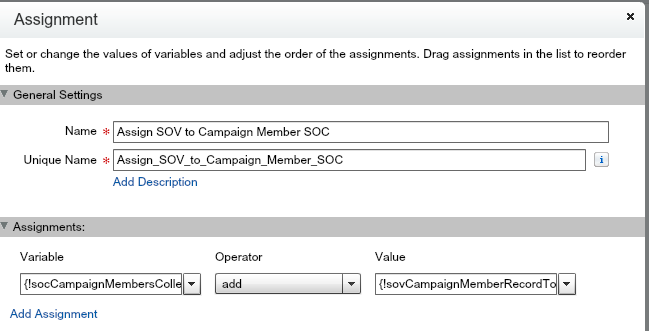 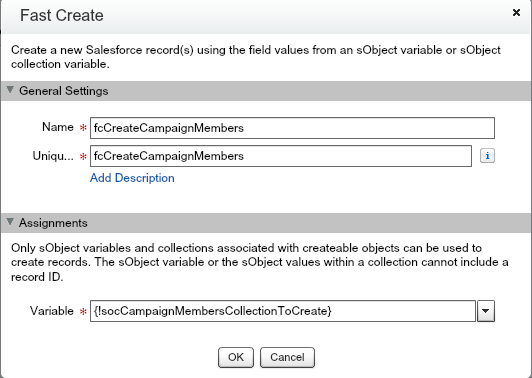 One tricky bit is finding the fields you want to set in the first (campaign member) assignment variable. Once you have created the sobject variable, you either just type in the name (ie id) and you should see the options, or you can click the triangle and you will see all the fields you can select. 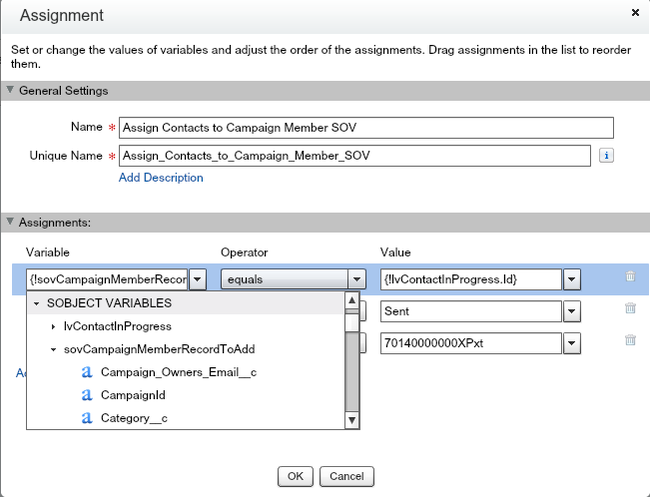 captains log : star date april 2018 – check out this new post that allows using the lightning runtime on a flow in a visualforce page in a site. New and improved y'all. Original post is below: The native Salesforce stay-in-touch... Continue →